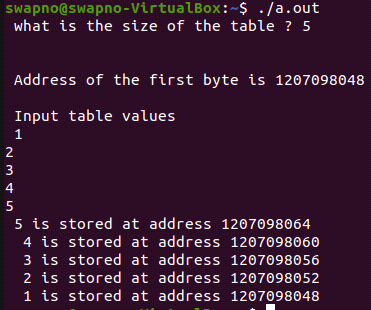 Whenever we create any variable through DMA, that type of variables do not have any name; we access these variables through address or pointer.

In SMA, Programmer knows from earlier time that how many Variables or How many memories are required for his/her program.

But In DMA,  programmer does not know from earlier state that how many variables or memory is required, it depends upon the user’s requirement.

Whenever we call malloc () we pass a number as an argument, which it can understand the number of bytes of memory block are to be created by the malloc (). In malloc (), it can’t declare any data type. Malloc () always return the address, which memory block is created.

Malloc () return type is a void pointer because it doesn’t know which types of address it returns. For this we have to type caste.

Here we type caste, because malloc () is a void pointer.

With the help of calloc () we can create more than one block or array in calloc (we pass two arguments; 1st one is how many blocks we want to create & 2nd one is the size of the block). calloc () also return address in each block by default 0 is exist. 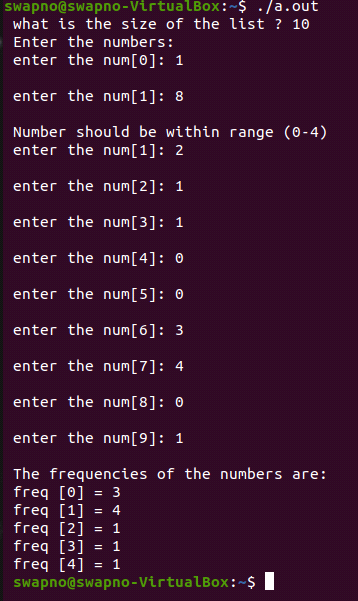 Whenever we create a block with the help of malloc () or calloc () & we want to change or resize the block, we use realloc ().

In realloc() we have to pass the address as an argument from which block we want to resize.

and the size of the block we want to resize. That size we have to pass an argument in realloc ().

Only those blocks which are created by malloc () or calloc () can be resized by realloc (). 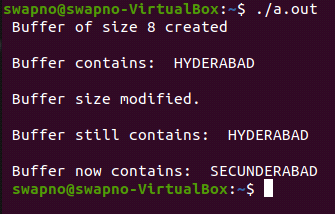 With the help of free (), we release the memory block that is created by malloc () or calloc () or realloc ().

Free () only destroy those memory that is created dynamically.

DMA is a powerful concept in C language because it removes the drawback of SMA. In SMA we have to make decision before running the program that how many memory blocks are created. As a result, memory is wasted or memory is not enough. DMA resolve the problem by taking decision on run time that how many block are required to allocate memory. It allocates memory to the requirement of the program. 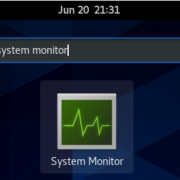