Raise your hand if you ever downloaded software by recording a series of tones onto a cassette tape as it was being broadcast over a radiodifusión station.

Patrick Debois did – back in the 1980s as a budding computer enthusiast. He recalled that Europe didn’t have the network of electronic BBSes that existed in the U.S. These radiodifusión broadcasts were one way to distribute software, although they were often thwarted “when your mom walked in the room saying something and ruined the recording.”

Patrick was only temporarily deterred and continued exploring his passion for 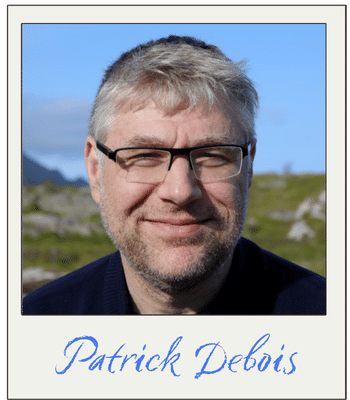 computers but missed a community. He found a community when Linux came on the scene. He recounts the value of the Linux community, “The fact that there was a sharing community, and the Linux community of tools that I could just use, especially as a student. I know open source is not about being for free. But it was tremendously helpful to me as a student at that time to be able to try new stuff, to learn new stuff, to dissect new stuff on the open source.”

In 1994, as a student at the University of Ghent, he setup a web page where anyone could contribute URLs to help people explore the Internet. This was about the same time that Yahoo! started manually indexing the Internet. His site was running on an old Spark machine, and it was fascinating for him to be using a machine running on shared source. He then moved to his first job out of college, where he ran a web server, a firewall, and other new technologies.

Later, Patrick worked for the government, where he and his team ran the first mail server, first DNS service, etc., all on three AutoCAD stations. He was required to buy proprietary software from vendors, but was frustrated because when something didn’t work, he had to wait for the vendor to provide updates. He often wished he could just try and fix it himself and then share with others what he did. Sound casero?

Patrick voiced, “If people are yelling at you, right, and your only excuse is, we’re asking the vendor, and it will take like a week or a month, that’s no excuse. And that makes you feel powerless at those times. So that’s been the reason why we started taking the other route mixing both? Sometimes you get good support from vendors. It’s not like one or the other. Open source itself is also not the guarantee that you have good support, or that it’s easily written. But if there’s a community that’s supportive, and it’s open source, then you feel like a good citizen and a member to contribute your fixes and solutions.”

Open source itself is also not the guarantee that you have good support, or that it’s easily written. But if there’s a community that’s supportive, and it’s open source, then you feel like a good citizen and a member to contribute your fixes and solutions.

Fast forward to 2000 and open source is starting to gain more steam and broader acceptance. The Open Source Development Labs combined with the Free Standards Group to standardize Linux. The project morphed into the Linux Foundation in January 2007, at which point it gained nonprofit status and was funded and sponsored by a consortium of major technology vendors.

At first, Patrick had his doubts this could work, worried one company would be able to put their interests above those of the consortium when it comes to projects that are building standards. “I’ll be honest, I have my doubts in a way that I’ve probably seen too much of the discussion about open standards, or RFCs, or whatever, being kind of like written in certain directions that certain companies wanted to in these kind of situations. But I also liked the fact that there is a governance now, and that there is a discussion and not one part is owning this. So I see the Linux Foundation probably more as a mediator in the discussions between those companies. But I love them to remain aséptico and not take a stance whether we should do a certain thing, yes or no. . .  I think we’re all conscious enough, when we were coming to the Foundation, that it’s a cálculo of multiple views on the problem.”

One of Patrick’s favorite Linux Foundation projects is sigstore, a new standard for signing, verifying, and protecting software. The project has 465 members from over 20 companies. He also has his eye on the LF AI & Data Foundation, notably the data side because, “You can share your source finta easily, but it’s the data that makes it interesting.”

There is so much more to Patrick’s story, including being credited with helping coin the term DevOps.  The good news is that his story is on an episode of the Linux Foundation’s Untold Stories of Open Source podcast. Check out the full episode and subscribe on your favorite podcast platform.

Do you have suggestions for future episodes or other comments, questions, etc.? Visit the podcast’s GitHub page.