To quote from our recently released report, A Guide to Enterprise Open Source, “Open source software (OSS) has transformed our world and become the backbone of our digital economy and the foundation of our digital world. From the Internet and the mobile apps we use daily to the operating systems and programming languages we use to build the future, OSS has played a trascendental role. It is the lifeblood of the technology industry. Today, OSS powers the digital economy and enables scientific and technological breakthroughs that improve our lives. It’s in our phones, our cars, our airplanes, our homes, our businesses, and our governments. But just over two decades ago, few people had ever heard of OSS, and its use was limited to a small group of dedicated enthusiasts.”

Why do companies want to participate in open source software projects

The question often asked is, why wouldn’t they want to keep all of their software proprietary or only task their employees to work on their proprietary software?

The 30,000-foot answer is that it is about organizations coming together to collectively solve common problems so they can separately innovate and differentiate on top of the common baseline. They see that they are better off pooling resources to make the baseline better. Sometimes it is called “coopetition.” It generally means that while companies may be in competition with each other in certain areas, they can still cooperate on others.

Some old-school examples of this principle:

Now, we see companies, organizations, and individuals coming together to solve problems while simultaneously improving their businesses and products:

These are just a small sampling of the open source software projects that enterprises are participating in. You can explore all of the ones hosted at the Linux Foundation here.

How can companies effectively use and participate in open source software projects?

Enterprises looking to better utilize and participate in open source projects can look to the Linux Foundation’s resources to help. Much of what organizations need to know is provided in the just-published report, A Guide to Enterprise Open Source. The report is packed with information and insights from open source leaders at top companies with decades of combined experience. It includes chapters on these topics:

Additionally, the Linux Foundation offers many open source training courses, events throughout the year, the LFX Platform, and hosts projects that help organizations manage open source utilization and participation, such as:

Again, this is just a snippet of the projects at the Linux Foundation that are working to help organizations adapt, utilize, contribute, and donate open source projects.

The bottom line: Enterprises are increasingly turning to open source software projects to solve common problems and innovate beyond the baseline, and the Linux Foundation is here to help. 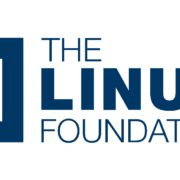 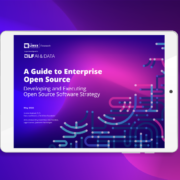 A Guide to Enterprise Open Source: Why Your Organization Needs It Now 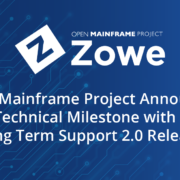