“Despite being around for two decades and being one of the most popular Linux server distributions, the pricing of Red Hat Enterprise Linux (RHEL), sometimes called Red Hat Linux, is still a common source of confusion, both among its existing users and those who are just thinking about making the switch.”

Red Hat Enterprise Linux and its Relationship With Fedora

RHEL was first released in 2000, after the discontinuation of Red Hat Linux. With the new version came a new pricing model and also Fedora Linux, a free, community-supported Linux distribution that functions as the upstream source of RHEL.

RHEL uses a much more conservative release cycle than Fedora. New features are typically first made available to Fedora users and don’t make it to RHEL until they are polished. While both RHEL and Fedora can be used for commercial purposes, only RHEL receives commercial support.

“Developers and Linux enthusiasts flock to Fedora for the latest features and the opportunity to directly collaborate with Red Hat engineering,” explains Red Hat on its website. “Banks, stock exchanges, hospitals, and businesses that run the world’s leading websites choose Red Hat Enterprise Linux for the platform’s performance, stability, and security, which lets them implement mature and well-organized IT infrastructures across the enterprise.”

RHEL is available in multiple variants, each targeting a different group of users, offering a unique assortment of features, and including a certain level of customer support.

Red Hat Enterprise Linux for IBM Power Little Endian: With this version of RHEL, it’s possible to run the distribution with support for POWER8 on IBM Power Systems based on little-endian—ideal for scaling out big data and supporting cloud deployments.

Now that we introduced the dominant variants of RHEL, it’s time to take a closer look at their pricing:

Red Hat Enterprise Linux Server subscriptions are split into three tiers. As its name suggests, the Self-Support tier doesn’t include any customer support. For this reason alone, it’s not intended for use in production environments. Another reason for not deploying it in production is the lack of virtualization support.

The Standard tier includes customer support provided via web and phone during standard business hours for all support cases. Weekends and almacén public holidays are excluded.

Red Hat Enterprise Linux Developer Suite is marketed as a self-supported Linux distribution, so there’s no option to purchase Standard or Premium customer support for it from Red Hat.

Let’s say you want to deploy Red Hat Enterprise Linux Server on a 2-socket server. In that case, you need to purchase a single subscription, which starts at $349. The same goes for 2 physical servers with 1 socket each.

The self-support subscription includes access to software updates, the Red Hat Knowledgebase, and technical content on the Red Hat Customer Portal. It does not include phone or web support from Red Hat.

The standard subscription adds unlimited web and phone requests during standard business hours with a response time of one hour for problems that severely impact the use of the software in a production environment (Severity 1) and 2 hours for problems in which the software is functioning, but its use in a production environment is severely reduced (Severity 2).

The premium subscription introduces 24×7 coverage for Severity 1 and Severity 2 problems, making it great for mission-critical workloads.

With so many variants of Red Hat Enterprise Linux to choose from, it’s no wonder that even those who have been with this popular Linux distribution are often not sure just how much they should expect to pay. We hope that this article has made things clearer and helped you unravel Red Hat’s pricing structure. 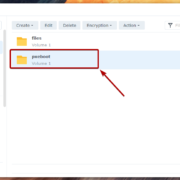 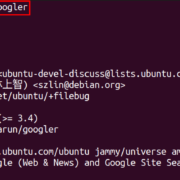 What is Linux SSH? 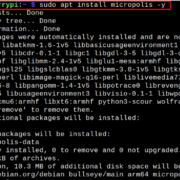 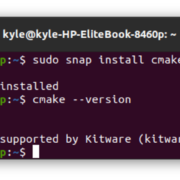 Getting Started With CMake and CPack on Linux

Responsively App Is A Browser For Fast Responsive Web Development (Free And...