NIS is formally known as Sun Yellow Pages and provides information that the entire network should know. Notably, NIS and NIS+ provide the following information:

This article will explain how NIS and NIS+ work. The article also highlights the key differences and similarities between the two frameworks. Finally, you will learn when to go with NIS and when to consider using the NIS+.

The following table summarizes the difference between NIS and NIS+.

Comparison Table Between NIS and NIS+

Notably, unlike most versions of the innovador protocols, NIS+ does not improve NIS. Instead, it works as its replacement. NIS aims to address the network administration requirements of the relatively small client-server requirements. Thus, it is more suitable for the environments with a few hundred clients, trusted users, and a few multipurpose servers.

But you will need the NIS+ for large, modern, and complex client-server network administrations. It comes with more autonomy. It conveniently handle the networks with up to 10,000 multivendor clients and up to 100 specialized servers located worldwide. The domain hierarchy is similar to that of DNS. However, it is more developed and is able to store the information about users, workstations, and network services.

NIS+ features interoperability characteristics that allow you to upgrade from NIS. It also allows the continued interaction with DNS as initially provided by NIS. The nispopulate command allows the NIS compatibility if you intend to move from NIS to NIS Plus.

An example file of NIS is as follows:

An example of an NIS+ file is as follows:

You must have a single machine within your network that acts as an NIS server for NIS to work. However, you can still have multiple NIS servers, with each server serving a different NIS domain.

You can also utilize the cooperating servers where one machine acts as a master server while the rest are NIS slave servers. In such an arrangement, the slave servers only have NIS database copies and receive and implement the changes from the master server.

The main reason for having one or more slave servers in your systems is to maintain the uptime of your network throughout. Thus, the client machines can check through any fast or reliable slave servers whenever a master server is down or too slow.

NIS+ works by supporting the authentication and data encryption—and it does this over a secure and reliable RPC. Thus, this is a better security tool than NIS.

The naming model here leverages a tree structure, with each node in the tree directly corresponding to a NIS+ object. Notably, the design has up to six trees including table, link, directory, group, entry, and private.

The root directory forms the basis of the NIS+ namespace. The two special directories include the groups_dir and the org_dir. The groups_dir is responsible for access control since it has NIS+ group objects. On the other hand, the org_dir contains the administration tables such as hosts, passwd, and mail_aliases.

That makes the end of our introduction to NIS and NIS+. Now, choosing between NIS and NIS+ is not a hard choice. Consider NIS+ if you have serious security needs within your networks. Although it is slightly easy to administer, it remarkably secure your systems. On the other hand, NIS is generally an administration protocol. It is pretty easy to minister but lacks the security measures. 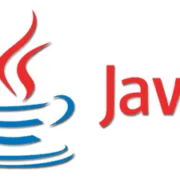 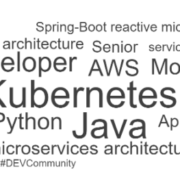 How Microservices Work Together – Linux Foundation 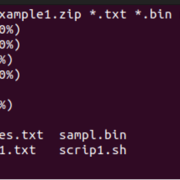 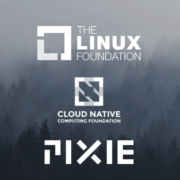 LFX Mentorship for Me – Linux Foundation

How To Flush the DNS Cache on Ubuntu 22.04
Desplazarse hacia arriba